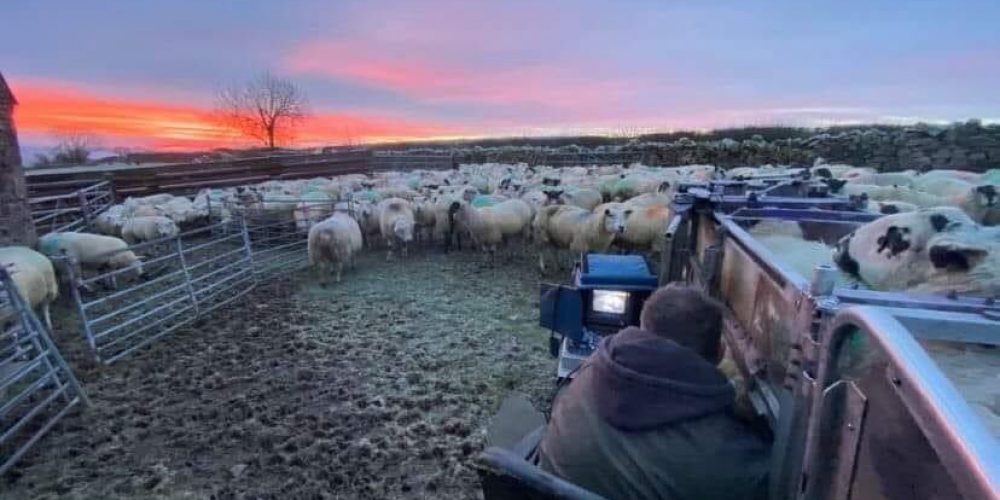 Since my previous farming blog, we continue on the neverending hamsterwheel of farming.

Occasionally it speeds up, and if you’re on top of your job it will slow down briefly, but it never stops.

We harvested some nice big bales of silage and haylage in June and July. There wasn’t much hay made in the dale as the weather was yet again lacking in hot sunshine. I blame global warming.

There was a lovely hay making opportunity at the end of June, but many hay meadows were not able to be cut due to the environmental scheme cutting date of July 15th which ensures all the flowers have set and dropped next years seed.

However some nice sweet smelling hay was made by Littondale farmers.

We sheared the sheep in June. The world wool price is at its lowest ever. If you pay someone to do it then you will be financially out of pocket. This is due to high world stocks of wool due to the fact that we buy clothing and carpets made with man made fibres.

We don’t clip the sheep for the wool value, instead we do it for the welfare of the ewe. A shorn sheep is less likely to become hot, sweaty, or matted which would otherwise attract greenbottles which lay maggot eggs.

As the autumn approaches, increasing levels of melatonin due to shortening day length triggers the sheep into tupping time activity. Their gestation period is 146 days. (5months ). We put colouring on the tups brisket and change the colour every week. This allows us to know when that ewe is going to lamb so that we can bring them into the lambing shed at various stages.

The grass quality declines in the autumn and winter. This is due to shorter and colder days with less sunshine resulting in reduced grass sugar levels and therefore less energy. In order to maintain ewe condition through the pregnancy, we start feeding them with supplimentary feed. This may be hay, haylage, silage, sheep nuts and or energy lick buckets.

In the middle of January the sheep are scanned. This information tells us if she’s having a single, twin, triplet or empty. This helps us with feeding and a great help at lambing time. Over feeding a single bearing ewe might cause the lamb to be too big and result in lambing difficulties.

Also not knowing that a sheep is carrying twins might mean that she ends up too thin . She would have two small lambs and her milk yield and milk quality would be poor. A 0.5 kg increase in lamb birthweight results in an extra 1.7kg lamb liveweight at weaning time. All animals need a good start in life.

As I write this on January 1st 2021 , most of the lambs born in Littondale have been sold either as stores for a lowland farmer to fatten on better land, or sold as fat lambs. Lamb prices have been favourable but who knows what the future holds with the EU brexit debarcle as many of our lambs in the UK are exported to Europe.

Wishing you a healthy and peaceful new year.

View all posts by Richard Paul →

For the next Farming Blog, we go to Litton, the v

Since my previous farming blog, we continue on th